In the society and times when adults are quiet and put up with things, pupils from the Vocational High School in Jajce started a real mini revolution. They stood up against new plans to divide their school, to prevent further divisions along the national lines. Serbian, Croat and Bosniak children are firm in their wish to stay together and boycott the classes, if needed. At the same time, politicians in Central Bosnian Canton still insist on the division.

POLITICIANS DO NOT LISTEN TO PUPILS “We sent a letter to the Minister of Education in Central Bosnia Canton, and to some other politicians, but we got no direct or specific response from them. As pupils, we would like to see signatures of those parents who allegedly requested for the new school to be established, but no one responded to that request as yet. This only gives rise to tensions and speculations as to whether such signatures actually exist”.

INTERVIEW.BA: Politicians said what they had to say: they want to divide this school to be in line with the law, not common sense. How do you intend to prevent this division of pupils and schools along the national lines?

RIMAC: One of the options we currently use is demonstrations, to show we are a group and we want to defend our school. This is a symbolic act, such as the three flags we put up last year: people will understand these symbols, and our resistance. We will try to sort things out diplomatically with the authorities. We will try to demonstrate to the younger pupils in the elementary school that this system of two, or thee schools, under one roof has no benefits. We will try to enlighten them, that they are not only puppets and that they can make their own decisions….

INTERVIEW.BA: And what if “diplomatic measures” fail?

RIMAC:  We want to avoid violence, but time will tell. Next step we are thinking about is to boycott classes. Last year we planned to do that, but we did not manage to organise all pupils for that type of activity. But boycott could be our next step, if our diplomatic efforts fail.

INTERVIEW.BA: In addition to Pupils’ Council, do you have support of your parents?

RIMAC: There are mixed reactions. Some support us, some really stood to support us in dignity, and they understand our cause. Some are fed up of the nationalism, hate for the others, and they gave us their blessing to do what we want to do. There are also parents who are against us, and want to organise their demonstrations, to support division of the school. There are parents who said we did not “kill” each other only to say together now. That is of course a shocking reaction.

INTERVIEW.BA: What kind of support did you get from ordinary citizens in Jajce, are they for or against what you as pupils want?

RIMAC: Citizens of Jajce support us. The regional organisation of the Islamic Community recently gave us their support. This is wonderful, to see that one religious community understood our message and in dignity of their religion, because all religions support teach that we need to accept others. We plan to organise another meeting with representatives of civil society, to se who supports us and to try to get that in writing.

INTERVIEW.BA: Did you have a chance to talk to politicians, Education Minister perhaps? What did they say?

RIMAC: We sent a letter to the Minister of Education in Central Bosnian Canton, and to some other politicians, but we got no direct or specific response from them. As pupils, we would like to see signatures of those parents who allegedly requested the new school, but no one responded to that request as yet. This only gives room for tensions and speculations as to whether such signatures actually exist.

INTERVIEW.BA: Are you under pressure to give up your fight and who exerts the biggest pressure?

RIMAC: Of course there are pressures. At the beginning some did not take us seriously, they said let children do what they want. Later on, when we realised this was a serious issue, pressures started from our fellow citizens, friends and family. But we will not give up easily and we are well aware of the risks. We are sorry that people who should have supported us are actually now pressuring us. But we will go on, we will not give up, we got too far to give up now.

INTERVIEW.BA: Are you afraid of retaliation, does fighting for this cause affect your grades?

RIMAC: We are absolutely not afraid of that. We see that all our teachers are with us, although some cannot go public because they are members of some political parties. We are sorry because of that, because these political parties have them under their control. On the other hand, we have teachers who have expressed support for us, even consider that our actions reflect positively on our grades and discipline.

INTERVIEW.BA: According to adults, what kind of problems do Bosniak and Croat pupils have in the Vocational High School so they cannot attend the same school?

RIMAC: As far as we are concerned, there are absolutely no problems. We live in harmony. In terms of the religious and national aspects, we never had a single incident. Unfortunately, they did not ask us anything, we suddenly found out about the division last year. They said it was an issue for the parents… of course, we should be consulted because you cannot have a school without pupils, can you. And as you can see around, children eat, drink, hangout, but some parents are primitive and see it differently, because for them nationality is more important than health, life and ambitions of the children.

INTERVIEW.BA: Are you in touch with pupils from other schools that apply this so-called “two schools under one roof”, do they support you or want you to go quiet?

RIMAC: We are not in touch with representatives of other schools, but we were informed that pupils from other schools outside Jajce are quite proud, because we help them also understand that together they can make a difference. This is not just an issue of nation or religion, but how we as a small community of pupils from elementary and secondary school can do something so extraordinary and big. It is unfortunate that from the other school in Jajce, ‘Nikola Šop’, they are avoiding contact with us, at all costs. We inspired pupils from elementary school in Jajce, where they also have this principle ‘two schools under one roof’ to start fighting the system in which someone allegedly technically hates them.

INTERVIEW.BA. Do pupils socialise outside schools, are you friends, do you fall in love, do you play football together?

RIMAC: Absolutely yes. For some pupils, end of school means they go to coffee shops, not home. Which is also wonderful. I am glad to see that all pupils go to the same coffee shops, hang out, treat each other with drinks. We do not judge a person by their religion or national background. If you have to judge someone, then look at their character.

INTERVIEW.BA: How can we help you – media, civil society organisations and international community? Just give us clear tasks.

RIMAC: Media are already helping us and they can spread our message throughout the country, about what we do, and what other people could do as well. Organisations such as OSCE help us to improve some of our strategies, and organise additional classes for us to learn about tolerance, and they include pupils form other schools as well, to connect us together. Ambassador Jonathan Moore explained to us situation in Stolac and Mostar, and we see that we can still change things here although cantonal authorities took an aim at us with regards to our ideals. We are glad to have such organisations helping us, and that they will continue to help us to get to some new thinking, and that gives us more power. 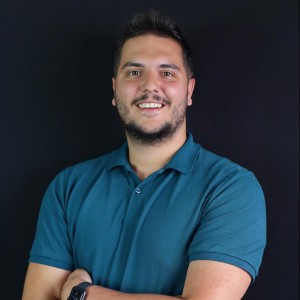 The Chinese turned Block 7 into a “trapped project, and EPBiH acts as if everything is fine?!

Bileća: Expired medicine for the patient, bankruptcy for the pharmacy, and a new job for the former director

Stanivuković illegally treats tycoons, neither a “construction” nor “regulatory” plan is necessary?!